(KUTV) A simple change in her diet gave one woman the hope she lost after being diagnosed with breast cancer. Kate Dowden learned she had cancer in 2010. She had surgery, chemotherapy and radiation. During her treatments, Kate’s doctor also encouraged her to change her diet. “She told me that ‘Kate, you should eat meat only as a condiment, rarely or never.’ And then she kind of sent me on my way and I was like ‘what does that even mean’.”Dowden, a registered nurse and Westminster College graduate, turned to scientific journals. She found there was a correlation between food and chronic diseases. “There was evidence that diet is linked to cancer.”

So the nurse changed to a plant-based diet. She doesn’t eat processed food or meats. Everything Nurse Kate cooks is fresh and organic. “This is a diet that you eat if you want to live a nice, long, rich, healthy life.”

Nurse Kate says the diet has given her a sense of control over her health. But she admits there are side effects. “Weight loss, increased energy, increased athletic endurance. There are some pretty big side effects. People should be aware of that.”

Nurse Kate is also educating people about a plant-based diet. She teaches cooking classes at Harmons City Creek. She has also launched her own website, http://www.resilientbodynutrition.com/

Nurse Kate has also provided the following recipes for you to try at home. 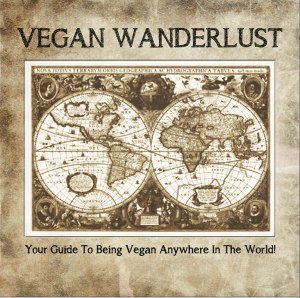 Diligently working  on my second cookbook, Vegan Wanderlust: Your Guide to Being Vegan Anywhere In The World!   This is the current cover art, which may change before it it published, but I really like it.  What do you think?

It is full of travel tips and will have a massive amount of recipes from all over the world.  This is an extremely research-heavy endeavor, and therefore the reason why it is taking longer to compose and create than my first book, Recipes From The Kitchen Of A Self-Proclaimed Veganista,  which is available in both eBook and traditional paperback formats from Amazon and Barnes & Noble (online) or directly from me.  If you get it from me, you will get an autographed copy 🙂

Vegan Wanderlust will also be available in both eBook and paper formats.  I suspect it will be too many pages to qualify as a paperback, so may need to be a hardbound cookbook.  The artwork and photos will be awesome though, so it may be out on you coffee tables to show off to everyone that stops by. 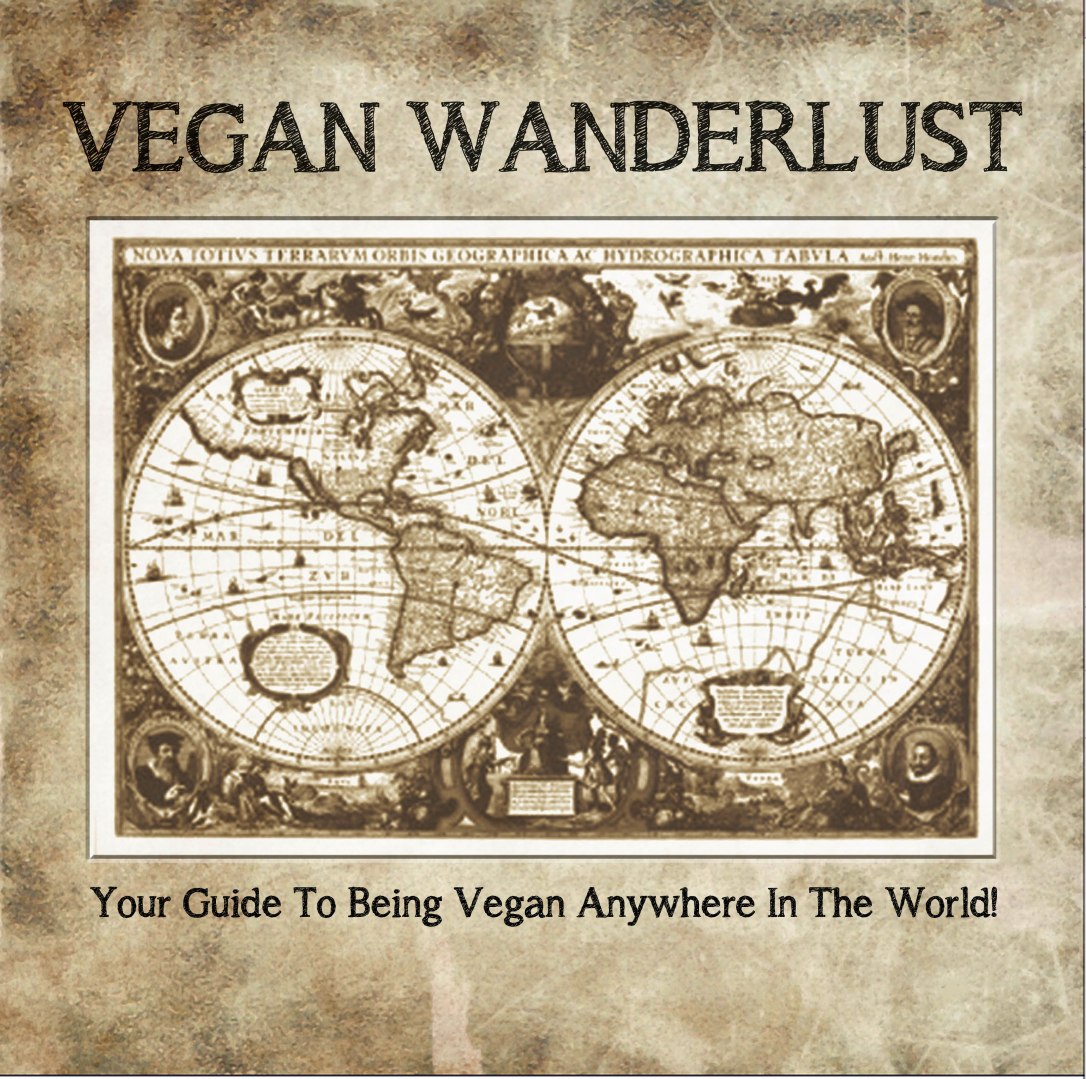 What do you all think? This is the cover art I would like to use for my upcoming Vegan Travel cookbook entitled “Vegan Wanderlust: Your Guide To Being Vegan Anywhere In The World!”

Currently, I am working on my second book, entitled “Vegan Wanderlust: Your Guide To Being Vegan Anywhere In The World!”  It is still in its infancy, with only about 30 pages completed – it is easily going to be 10x that when I am finished with it… I work on it as often as possible though, because I really want to get it out there, but I’ve been super busy lately and just haven’t worked on it as much as I would like to.

This book is resource heavy, with lots of references that relate to not just travel and veganism, but also to historical and cultural events and customs as well.  As such, it requires a vast amount of research involved in writing it  (much more so than my first book, Recipes From The Kitchen Of A Self Proclaimed Veganista, where most of the time involved was making every single recipe, making sure everything was measured {which BTW is something I rarely EVER do, with exception to baked goods where it actually matters}, and getting a photo of nearly every recipe in the book.)

This time,  most of the recipes featured will require finding out what the local specialties are in the different parts of the world and how they can be adapted to be vegan friendly.  Some specialties will never be part of this book , as they would be very difficult to veganize without knowing what they are supposed to taste like, and I’m not about to abandon my vegan heritage to find out what traditional Mjólkursoðinn tastes like… (which BTW is one of the national dishes of Iceland-apparently the main ingredient is Atlantic Puffin, which also happens to be the National Bird… seems a bit hypocritical to me, but to each their own…)

One of my goals is to visit every region that I cover in my book, so I can write from first hand experience.  The internet is a great resource for finding facts and figures, but it isn’t the same as actually being there in person. Accidentally stumbling upon that secret hole-in-the-wall pub or diner where only the locals hang out is only going to happen when one is actually exploring and meandering along the unbeaten path.  It is unlikely these gems are listed in any guidebook or on a random blog, and if they are, reading about them is not the same as being there in person.

Wanting to travel the globe has been #1 on my Bucket List of things to do before I die-it’s not cheap though.  I need to find more innovative ways to fund my adventures 🙂

Recipes From The Kitchen Of A Self-Proclaimed Veganista is now complete! Currently awaiting the arrival of a printed proof from CreateSpace to make sure it looks great in print. In addition to being available as a printed book, it will also be available as an eBook via Nook, Google eBooks and hopefully iBookstore (awaiting approval…). Being a full-color vegan cookbook, reading it on an older black & white Kindle isn’t an option, but it should be ok on the Kindle Fire. It is set for worldwide distribution, but if for some reason you can’t order it where you are, hit me up at theveganistaskitchen@gmail.com and we can work something out. 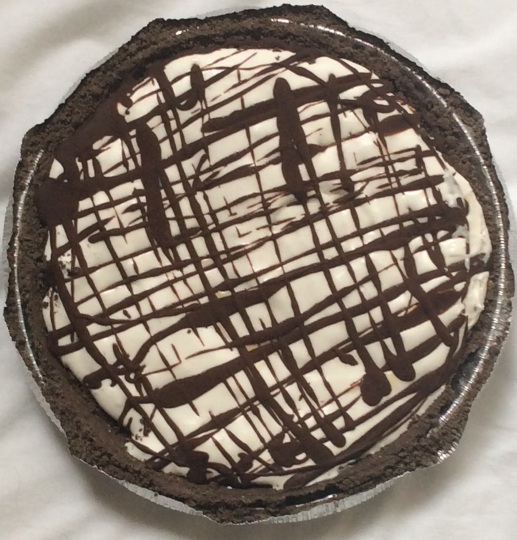 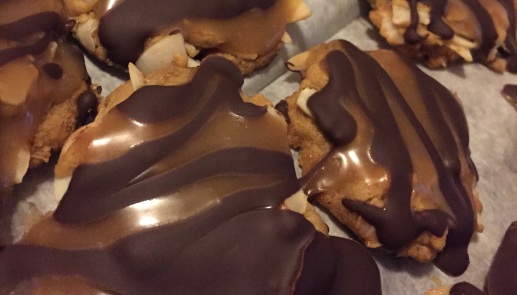 Tender Seitan Slices-Featured on Instructables.com and in their newly published book, Meatless Eats :) 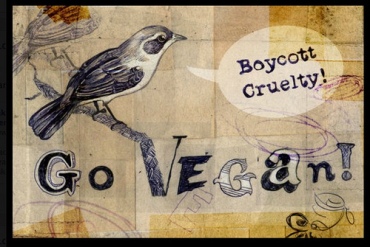 I didn’t create this, but I love it-it’s beautiful :) 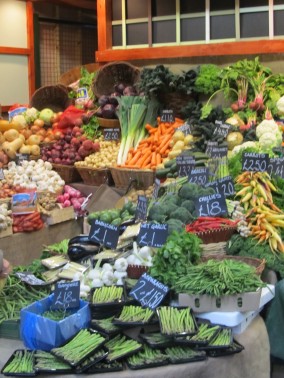 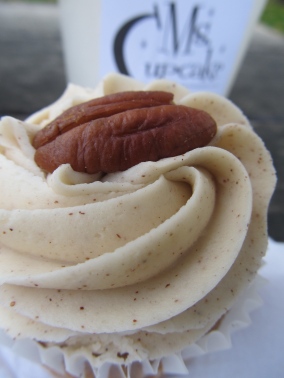 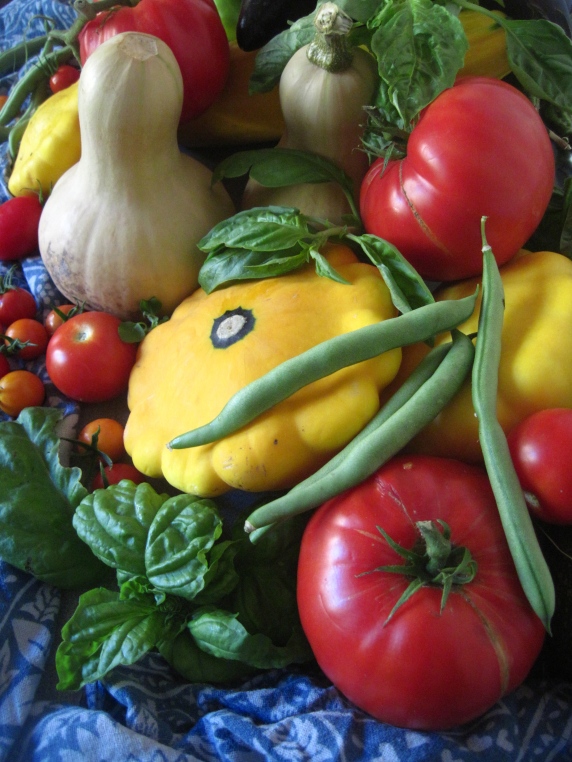 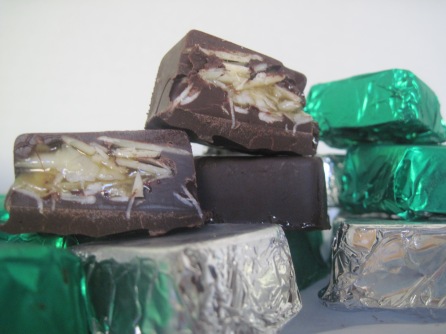 From SciFiVegan.com Not my design, but feels very fitting considering I am a vegan scifi geek… 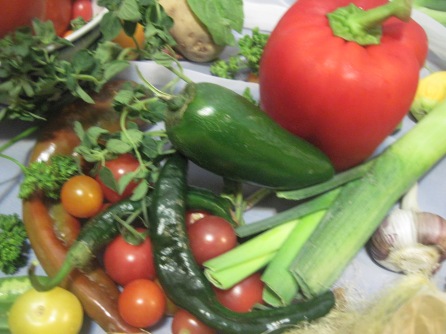 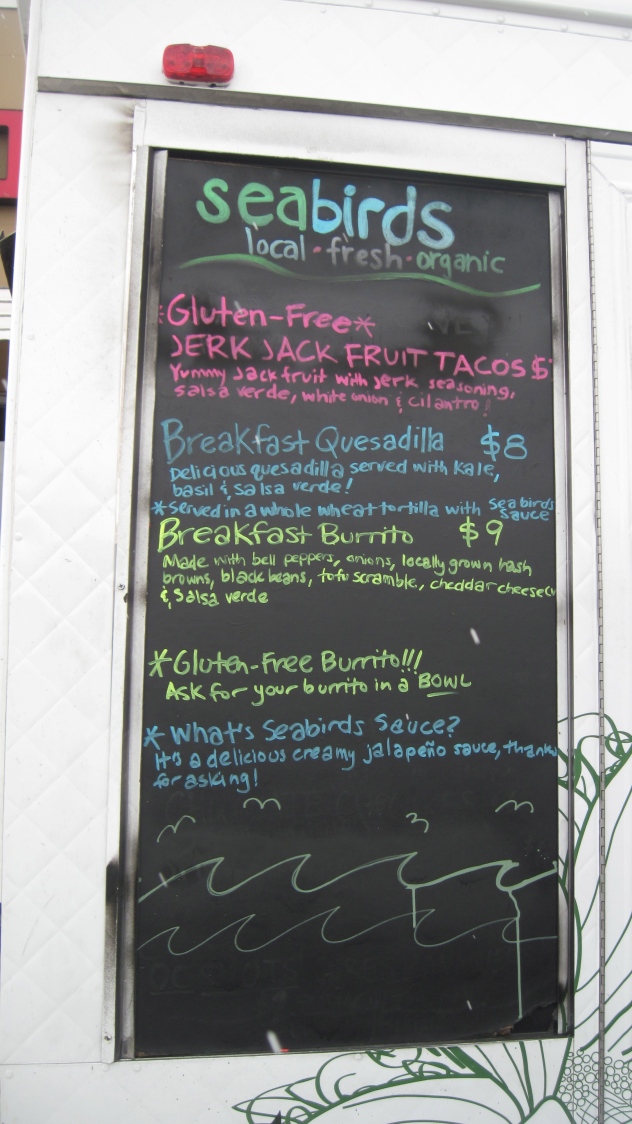 Seabirds vegan food truck based out of SoCal. They came to SLC for The Great Food Truck Race II in 2012. Next time I am in SoCal, I will definitely track them down! 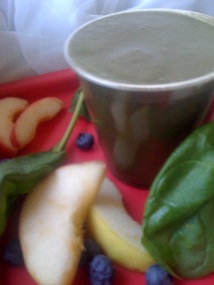 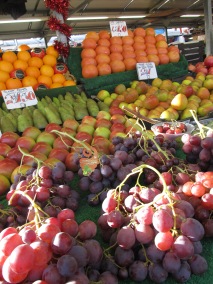 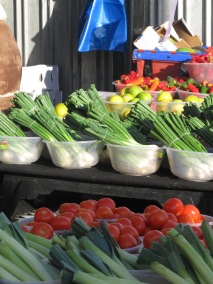 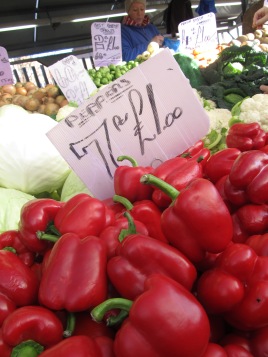 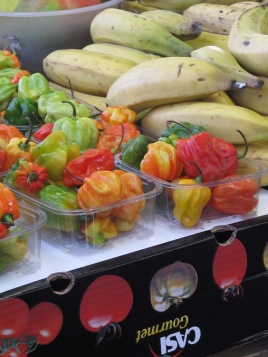 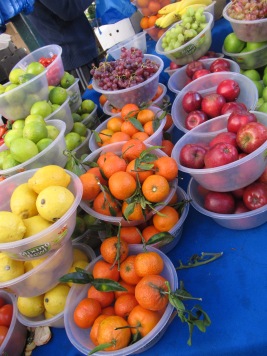 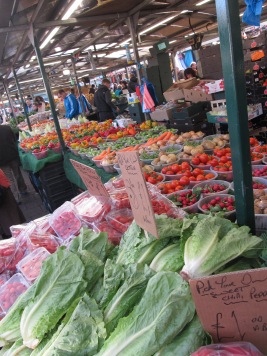 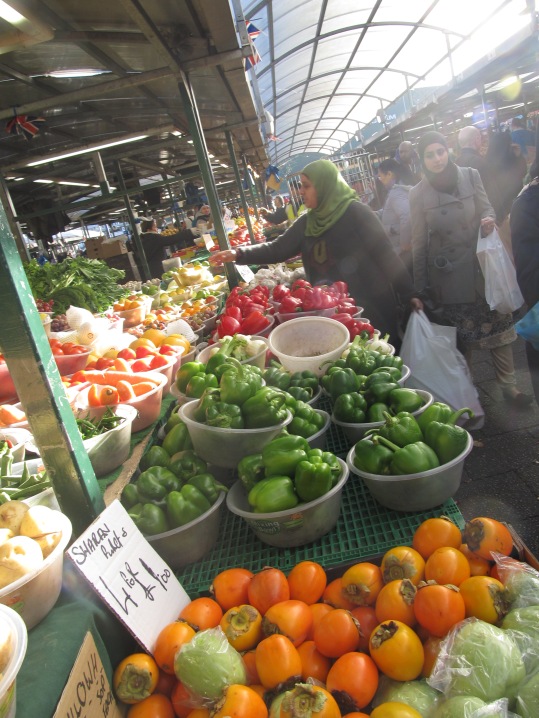 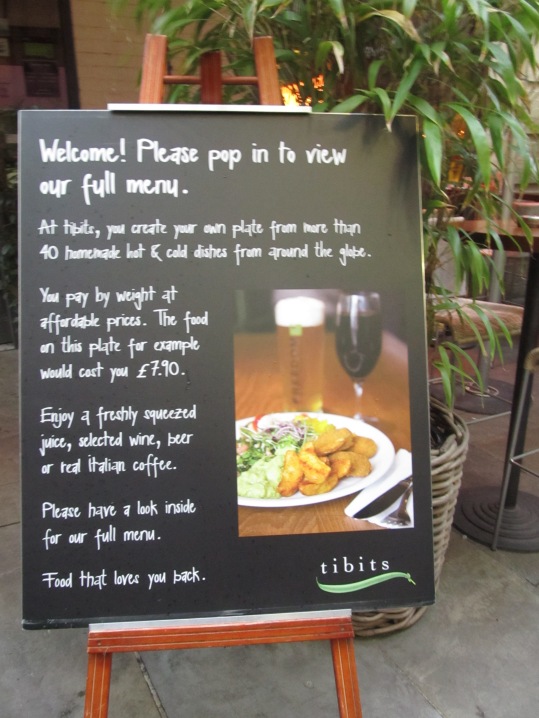